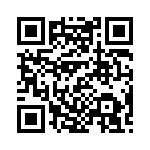 In a surprise move, Google recently stopped providing QR codes in Google Places listings. Google did not announce the move, which left many business owners scratching their heads.

A QR code consists of a graphic that contains concealed data. You can process QR codes using any smart phone that has a camera and the appropriate app. The app triggers the camera to take a photo of the QR code, which takes the user to a website URL hidden in the code. The flexibility and low cost of using QR codes appeal to business owners and users alike. If QR codes are so popular, then why did Google nix the codes?

“Users will no longer find unique QR codes in their Places accounts. We’re exploring new ways to enable customers to quickly and easily find information about local businesses from their mobile phones.”

Those of us who closely follow Google have an idea what is coming down the pike. “New ways” means Google plans to implement Near Field Communication (NFC), a wireless technology that enables data exchanges over short distances. Google recently struck a deal with MasterCard and Citigroup to initiate the NFC mobile wallet initiative.

The nascent technology uses small, RFID-like transmitters to send information to a smart phone. A popular predicted application of NFC is to use mobile phones to consummate financial transactions. Most of the transactions will be between small businesses and their customers.

Google has tested the technology with its Hotpot program, a service that encourages local customers to review their favorite local businesses.

Google’s recent membership in the NFC forum clearly demonstrates that the QR code move is more about the search engine giant’s bottom line, than a move to eliminate an unpopular service.

What your Business Can Do About the QR Code Change

For NFC to replace Google QR codes, Businesses must add a NFC-tag layer to the print medium that they use. To process NFC tags, smart phones have to support NFC.

Business owners who have successfully implement QR codes do not understand why they should switch to NFC. Maybe, businesses do not have to make the switch to NFC.

75% of smart phone users have said they are interested in scanning QR codes. The percentage represents about 34 million people.

Last year there was a 60% growth in smart phones in the U.S. By 2014, ComScore expects more people will access the web via smart phones than by desktops or laptops. With this monumental growth, the ability for users to access more information online via QR code technology has substantial potential.

Think about some of the ways users can use QR code from their smart phone:

Despite Google’s decision to drop QR codes, businesses realize the value they present by placing them on billboard advertisements, coffee cups, business cards, and arena programs. A recent ComScore study showed that in the summer of 2011, 14 million US based mobile users scanned a QR code, which was a 1200% increase from the previous year.

What can you do about Google dropping QR codes? If you have implemented a profitable QR code campaign, keep on doing what has made you money. The trend indicates that even more mobile phone users will access QR codes in the years to come.