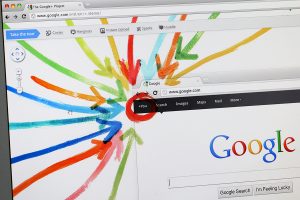 After all, I wouldn’t tell you to add yet another social network to your already full-to-bursting schedule if I didn’t see some good reasons for you to be there.

1. Google+ Offers the Best of Both Worlds

Google+ gives you the length to add a lot of detail to your content the way that Facebook does, and a highly visual interface. However, it gives you the ability to reach out to people that you don’t know the way that Twitter does.

This means it gathers up all of Facebook’s strengths while ditching what I consider to be Facebook’s most pressing weakness: namely, that it’s nearly impossible to reach out to anyone who you do not personally know. You rarely want to market to your family and friends, so Facebook offers you a dead end where Google+ offers access.

2. Google+ Has Tons of Users

There are still people who believe that Google+ is a “ghost town.” Business Insider ran a May 2013 article which belies that statement:

The reasons behind Google Plus’s growth — it now can boast 359 million active users, up 33 percent from 269 million users at the end of June 2012, according to GlobalWebIndex — are complex and tied to Google’s effort to build a connecting layer across all its services, including search, YouTube, maps and other products. Log into one, and you’ve logged into the lot.

359 million active users is an awful lot of people. Sure, you’re probably only trying to tap into the local people within that 359 million, but millions of users tells you that you can probably find your target market there.

Google+ has a “communities” feature. You can start a community or you can participate in them, and I recommend doing either.

For example, right now I’ve been running a “Contractor Marketing Community” on Google+. We’ve had some nice conversations, and it’s a great way to share the content that is absolutely specific to contractors without blasting it to the rest of the list.

Commenting on community content is a nice, fun way to get engaged that’s a little less confusing and a lot more straightforward than engagement on Twitter because, once again, it functions like Facebook without being prone to Facebook’s flaws.

This is nice, because it means that you’re not blasting a bunch of people with content who do not care about said content. Sometimes the content you share will be relevant to everyone (so, public) but sometimes you will want that kind of focused, uber-targeting.

Getting Started: Choose the Right Method

If you’re a service area provider you have to get on Google+ as yourself. Start your own profile and run things that way, because Google doesn’t want you upgrading your Google+ Local page to the Google+ Business page, which has full social capability. If you serve customers at your own location then you can upgrade and get started as your business.

Setting up a profile is a little more extensive than on Twitter, but if you followed my advice on Authorship you should already have one in place. If not, now’s as good a time as any to get that detail taken care of.