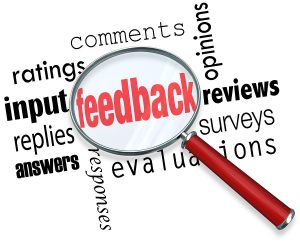 There’s a big problem with Google reviews. They disappear.

Sometimes, they disappear even if you’re doing everything right. And sometimes Google does strange things with them, like the review pop-up thing that they seem to be experimenting with right now.

But reviews are an asset. That means you need to have some system in place that allows you to hang on to them.

So how do you avoid trusting the fate of your reviews to Google? You’re going to need a plan.

You need to be notified as soon as someone leaves a review, because you need to give yourself a shot at seeing it before it disappears.

Once I’d have told you to sign up for Google Alerts. But, of course, that service is going away. Talkwalker Alerts appears to be a viable alternative.

Once you’ve spotted a new review you should save a copy of it before anything can happen to it. Keep the copy in a folder on your computer, and it’s there if you need it.

Now You can Use Lost Reviews

Now, when a review disappears, you have some recourse. You can either use the review to appeal Google’s decision or you can post it on your own website as a testimonial.

You’ll want to make sure the review is really gone without recourse before you choose the latter course of action. Otherwise you’re turning the review into duplicate content, which means Google won’t restore it. But if you’ve tried everything you can think of and the review is not coming back you might as well not let that bit of social proof go to waste.

As a point of customer service it might not be a bad idea to call that customer if you know who he is, saying, “Thanks so much for leaving us such great feedback. Listen, Google can be really aggressive about reviews, and for whatever reason they deleted yours. But I saved a copy. May I use it on my website instead?” This also lets customers know where to go looking for their reviews so that they don’t feel like you did something to get rid of it (which they sometimes do, when they see that Google has “eaten” their review).

There’s another reason for doing this as well. How will you know if a review disappears if you don’t have some record of the reviews that you have received?

This post in the Catalyst E-Local Marketing forum covered tricks for locating lost Google reviews. And when the post first came out it worked.

It may still work, but Google changes all the time. And I, at least, could not make it work when I tried it again very recently. This is what gave me the notion that saving your own reviews was probably a little bit more reliable.

I have also read about reviews that just disappeared. As in, Google lost them, for no particular reason whatsoever.

To me, that’s an argument for taking some sort of control over those reviews the moment that you get them. Why waste the social proof?