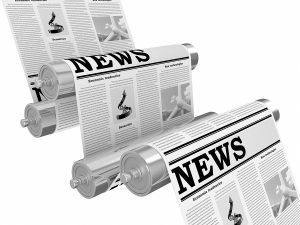 There are an awful lot of people offering a lot of bad advice about Internet press releases. A press release can be a great tool for promoting your business, but only if you use it wisely.

Today’s customers are as likely to read press releases directly on the Internet as they are to read them through any major media outlet, which tempts people to create advertisements that are shaped like press releases.

Unfortunately, direct readership does not save you from the sense of disgust that your readers will feel when they discover they are reading an ad that looked like news. Press releases must be about something that is newsworthy in its own right.

This means you must think like a reporter. What’s the angle on your story?

Are you opening a new location? Servicing a new area? Will you be hiring a significant number of new people? Did you just write a book?

Some events will be newsworthy and others won’t. Finally getting around to launching your website isn’t very newsworthy. However, if your chiropractic practice launches a new website that offers an extensive video library on the 25 most common back problems you might just have an angle worth covering.

Even local businesses sometimes make the mistake of trying to create press releases to get attention from people all over the country. This strategy doesn’t make much sense, however, when most of your customers will come from within a 15 mile radius of your business.

A press release is a good opportunity to create another way to show up on a search for your city and your business type. In addition, locally focused press releases are much more likely to be picked up by media outlets in your immediate area.

Besides, almost anything “newsworthy” that most businesses do is usually only going to be locally relevant. Choosing to sponsor your local Little League team is great news for your small town paper, but it’s not going to be relevant three towns over, let alone three states over.

Beginners usually at least think to look up the format of a press release, but they don’t always think about the writing that works within that format.

It’s more important to think about writing the way a reporter writes. That means you cover “who, what, when, where, why, and how.”

It also means writing a strong headline and a strong “hook” sentence that piques the reader’s interest. This is art as much as science, but this post from “Safe Routes to School” offers a short list of different types of news hooks that you can use as a guideline.

Tools like PR Web are great tools for populating the Internet with your press release, but they don’t necessarily help you get media coverage. If you want local media coverage you’ll need to contact those outlets directly.

Many papers allow direct email submissions. It’s just a matter of identifying and targeting area newspapers and locating their guidelines.

Making a direct submission will increase your chances of being seen and covered dramatically. Reporters are short on time. They don’t necessarily have time to run searches on press release wires. There are a lot of other things competing for their attention.

Don’t neglect smaller papers either. Large paper coverage is great, but small papers are often more likely to give you the time of day. Large metro areas usually have a host of smaller papers to choose from, so search a step beyond the big “name” paper that everyone knows. The smaller papers have their readers too.

Sure, not all of these papers will be on the Internet, but promotion is promotion. Online or offline, it’s all about getting the phone to ring.

Some businesses make the mistake of never using press releases at all, believing that nothing they do is particularly newsworthy. You probably do many things that could be called “news.”

If you can’t think of anything you might have to create some opportunities. Get involved in your community. Offer a seminar or a class for free. Make a large donation to a charity. Attend an important event. Sponsor a Little League team. Hold weekly webinars. Any of these things could qualify as “news,” and they’ll offer you even more exposure.