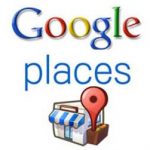 When Google decided to bring Google Places into the Google+ fold and effectively do away with Google Places, my first reaction was, “here we go again…yet another branding change with Google.”

It seems Google is never happy with their branding decisions and as a result is always changing things around. First it was the Local Business Center then Google Places and now Google+ Local. But let’s not forget, there are also Google+ Business pages and of course the social network itself that these pages are a part of – Google+. Confused yet?

The point is, Google has a serious identity crisis when it comes to their products and services. For a company with so much money, you would think they would be able to find the brightest marketing and branding minds money could buy. Why then does Google struggle so much with branding and marketing their products and services? It seems just as a name starts to stick with consumers (i.e. Google Places), they change it.

I could talk about Google+ Local until I was blue in the face (and I do), and it goes right over their heads. It’s Google Places! I’ve finally gotten to the point now where I just refer to it as Google Places. As the old saying goes, if you can’t beat em, join em:)

I just wonder how long it will take before most small business owners talk about Google+ Local and not Google Places. My guess is it will take at least a year or more and then at that point when everyone knows the Google+ Local name, Google will change it again. Of course by then Google+ will be called Google Social or something else.

Please Google, if you’re reading this, take a page from Microsoft and Apple. Pick a name and stick with it!