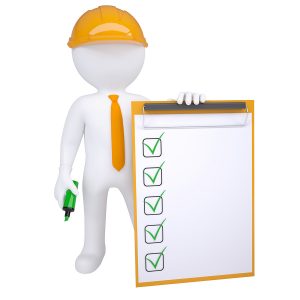 If you’re a contractor, sooner or later you’re going to get a call or an e-mail from Angie’s List asking you if you’d like to pay for front page placement on their site. Is this a good idea? Is Angie’s list worth it?

First of all, you should consider whether or not you want to pay for directory listings at all when there are better options out there. All of the caveats that apply to any directory also apply to Angie’s list.

However, there are other problems.

Angie’s list isn’t even the best place to steer customers if you want them to give an online review. It turns out that Angie’s list reviews only “count” if the customer is already a member of Angie’s list.

Oh, they show up on your Angie’s List profile, but nobody is ever going to see them there. People spend most of their time paying attention to the Angie’s List search results instead.

Personally I wouldn’t want to waste time and energy directing customers to any site they’d have to pay for in order to leave a review that actually matters. I’d want to get more benefit off of that review, and I’d want to respect my customers more than that.

Angie’s List reviews aren’t helping your Google and Google+ Local visibility either. Meanwhile, you’re still having to go through all of the hard work of getting reviews. It seems to me like you’d be better served feeding your reviews into Google+ Local or Yelp so that Google will recognize them.

Darren Slaughter has some interesting things to say about Angie’s List too. Check out his video:

If you do decide to proceed with Angie’s List, proceed with caution. There’s a 35%-of-contract cancellation fee if you find out you’re not getting any leads, which is a big price to pay for something that is so problematic.